One day, a small fluffy morepork owl came at New Zealand’s Massey Wildbase animal hospital. The lovely owl, who has a small skin ailment, was bathed because it was the easiest method to treat him.

However, because owls dislike water, giving him a wash was a difficult assignment! Nijman, a supervisor at the animal hospital, said it was a major event for them and the owl! 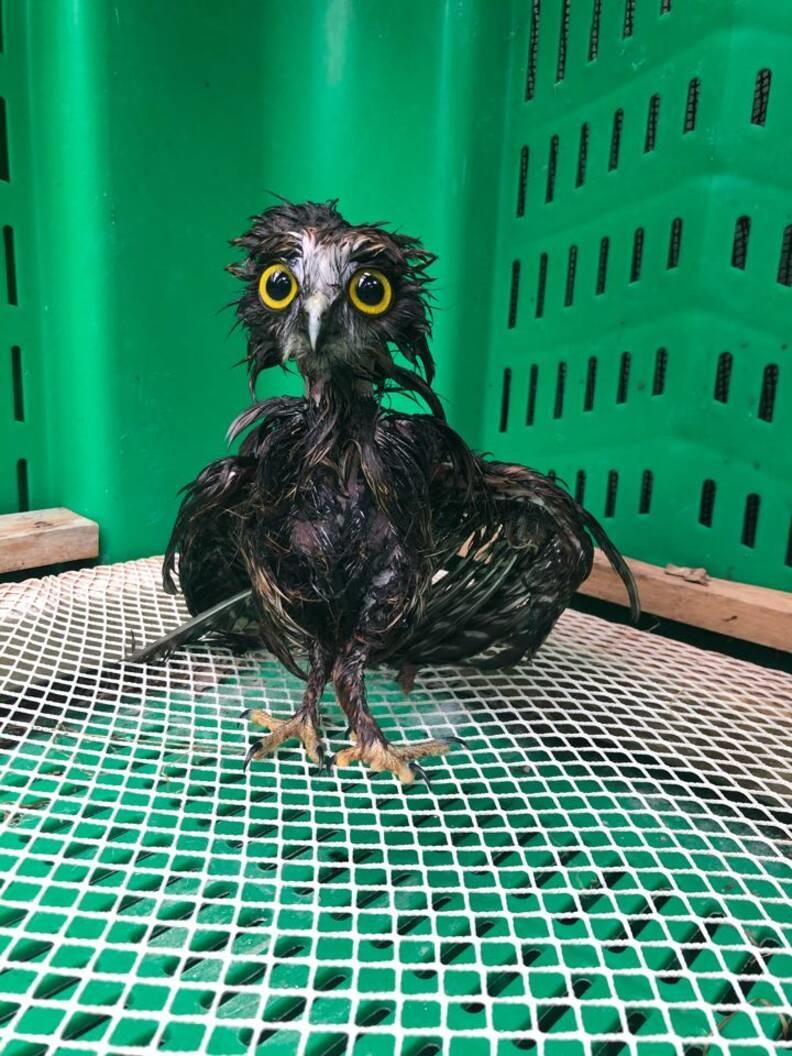 Regardless, they were able to bathe the owl. At the clinic’s aviary, where he was transported, he was joined by more of his fellow moreporks. Thankfully, he recovered entirely after the bath! Look at how cute he is! 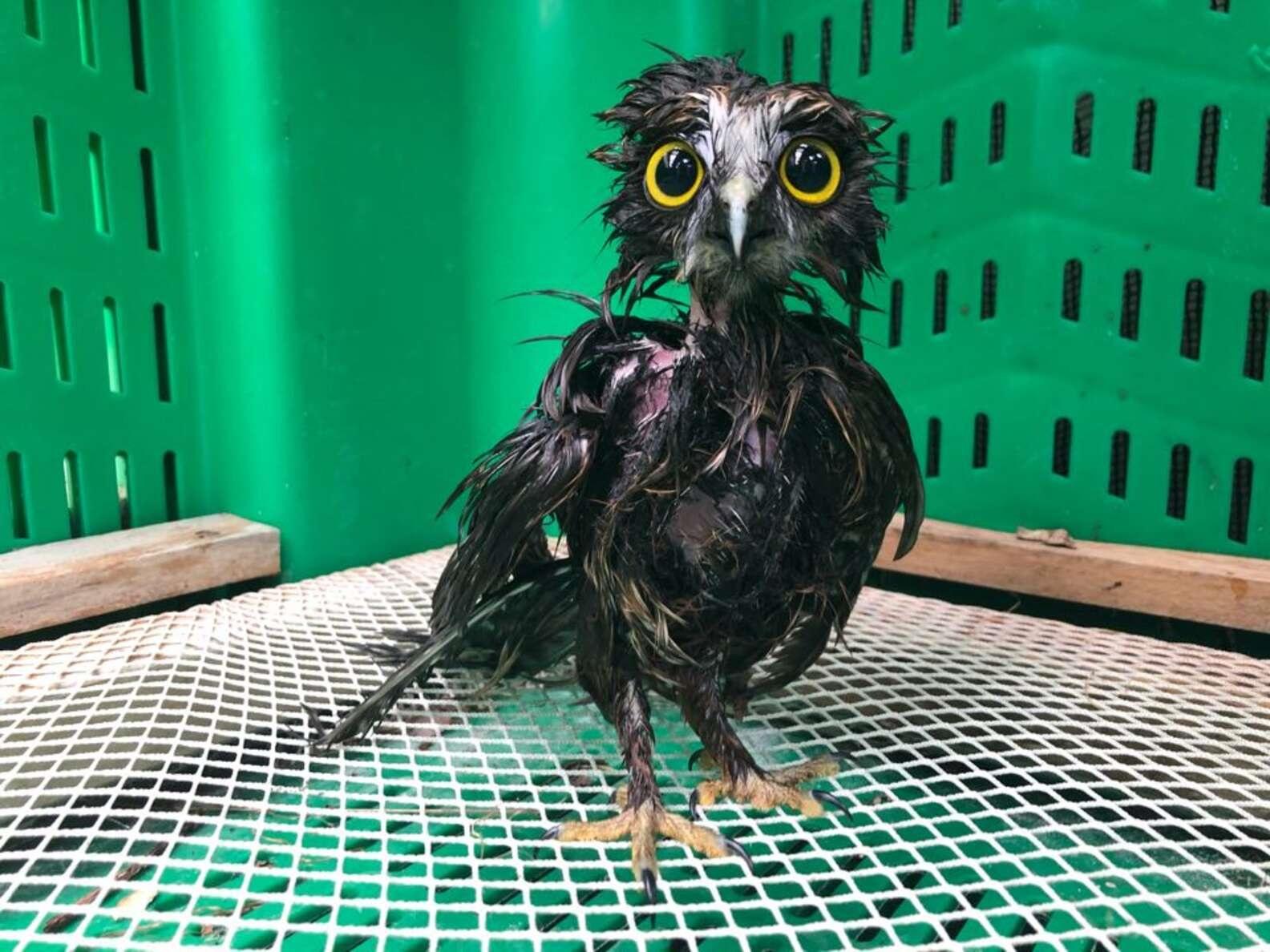 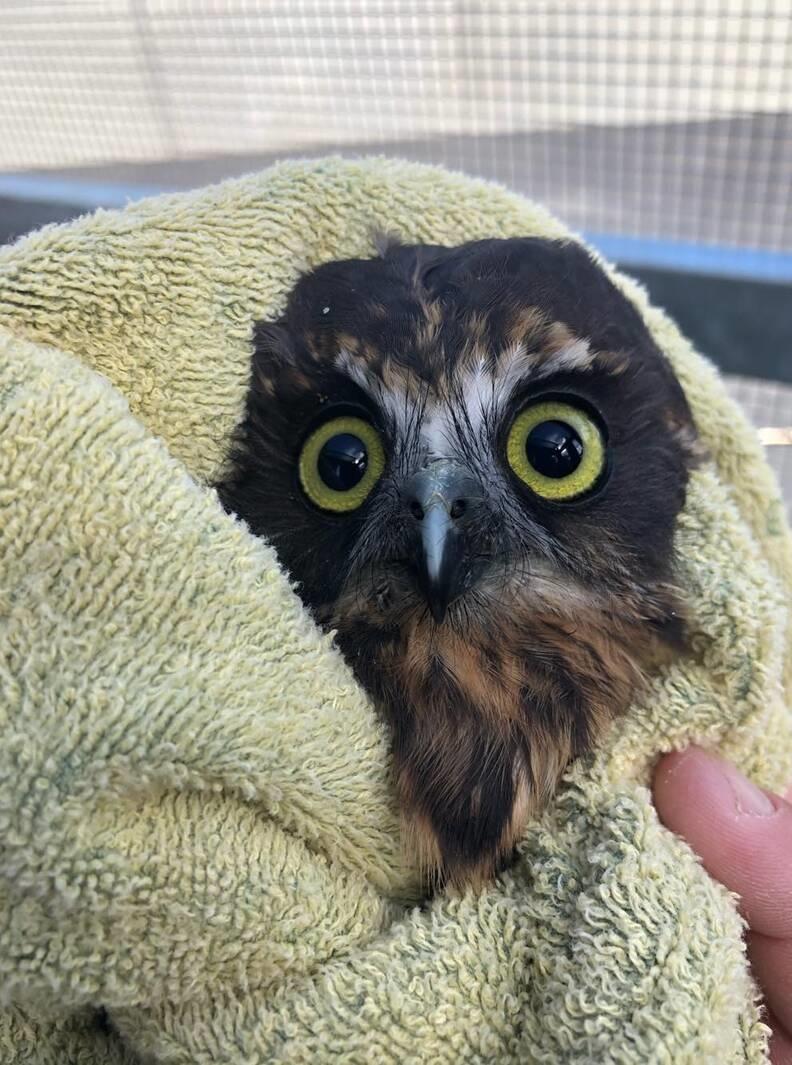