The father of a crocodile proudly carries over 100 of his offspring on his back.

Dhritiman Mukherjee, an accomplished conservation and wildlife photographer from India, has captured many memorable images over the course of his 21-year career. One of his best images is of an endangered male gharial crocodile bringing his young across the water.

Gharial crocodiles are the largest of all living crocodiles, having been discovered over 4,000 years ago. In any case, since the 1930s, the population of this species has been declining. 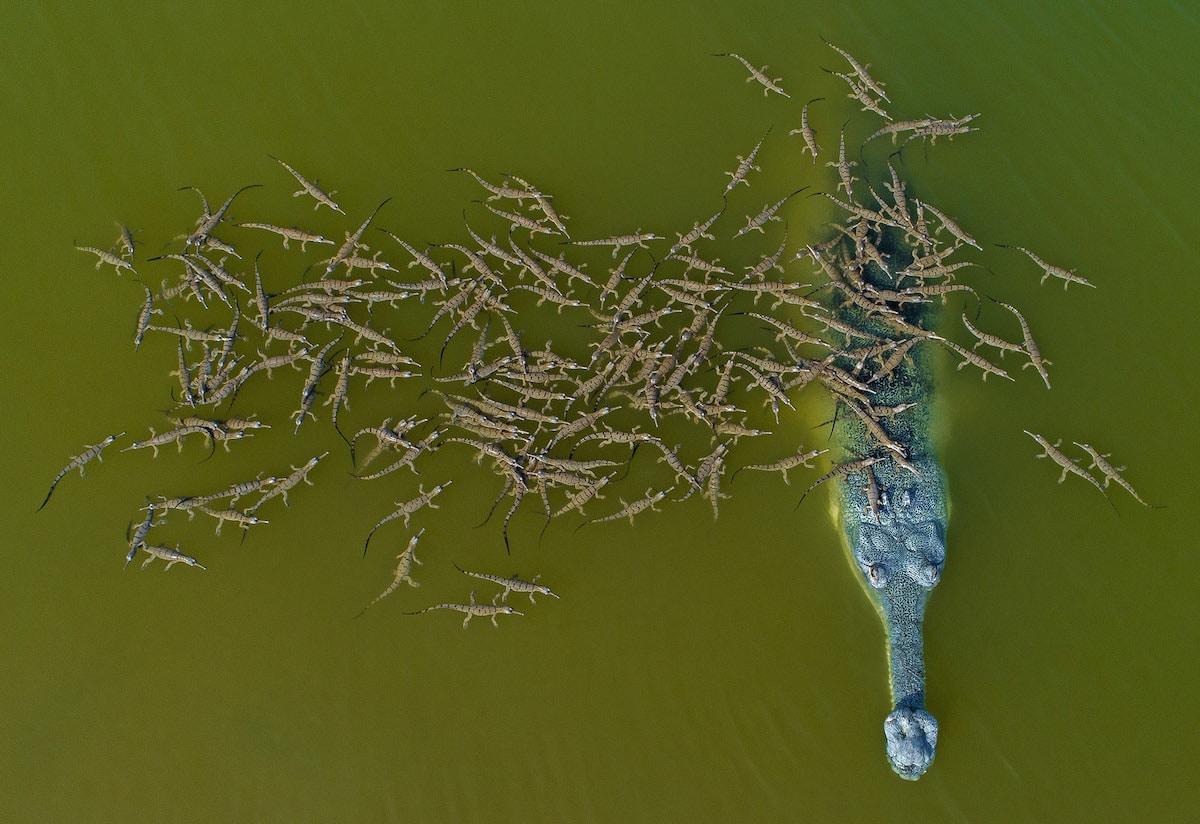 The fact that there are less than 1,000 gharial crocodiles in the world adds to the significance of this photograph, as the father is attempting to aid population increase. 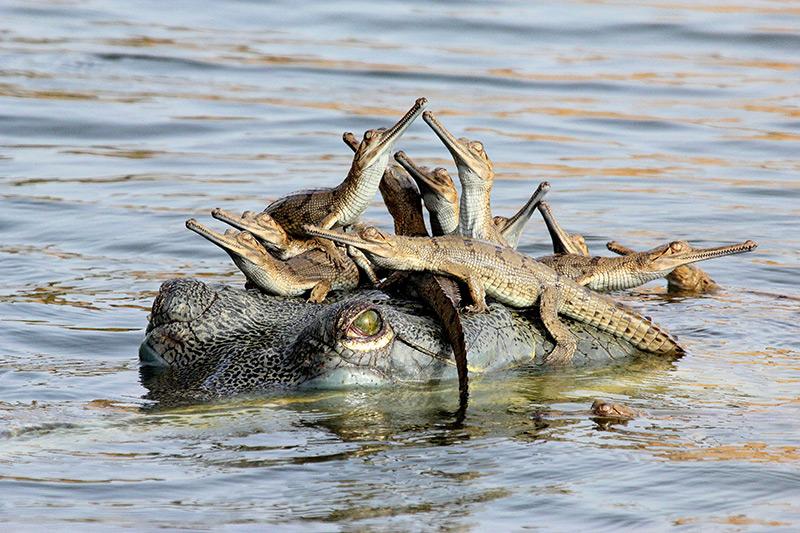 Crocodiles, on the other hand, would normally use their mouth to transport their babies, but they don’t, which makes the shot even better!