Lonely Husky Gets Out Of His Yard To Hug Someone Messy, his best friend, and Oranit Kittragul, his human, live in Thailand. Audi, a Husky that lives across the street from his human, is alone for the majority of the day while his human is at work.

Being alone makes Audi sad and worried, and anytime Messy senses that his companion is feeling lonely, he barks at him, which strangely soothes Audi.

Audi’s human neglected to lock the gate before going for work one day, and the dog bolted out the door to meet Messy for the first time. Oranit witnessed the two greeting and hugging each other and captured the sweet scene on camera to share online.

Their bond was as strong as if they had been friends for a lifetime, despite the fact that this was their first face-to-face meeting.

Audi, on the other hand, is a nice guy who knows he shouldn’t be out of his yard for too long, which is why, after greeting his pal, he dashed back home.

Messy, a yellow lab that lives in Thailand with his master, Oranit Kittragul, is a lovely boy. 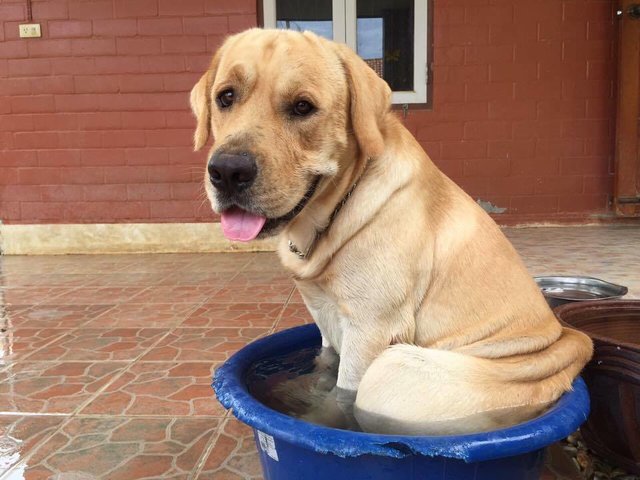 Messy has been doing a fantastic job of soothing his neighbor, Audi, a Husky who feels sad and alone when his owner is at work. 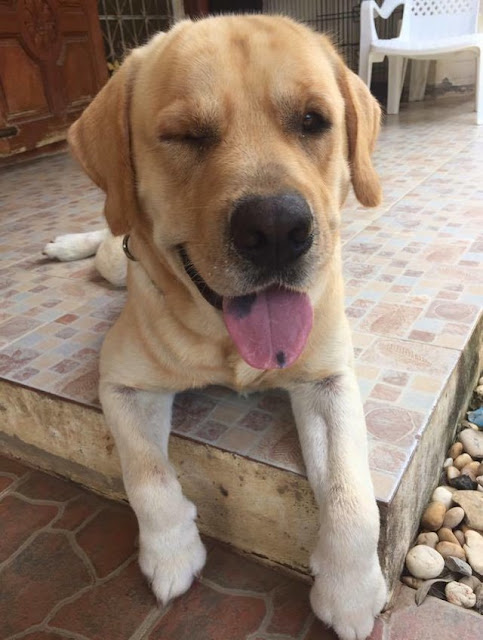 Messy would bark whenever Audi cried or barked, and Audy would quiet down, maybe soothed by the fact that he wasn’t alone. 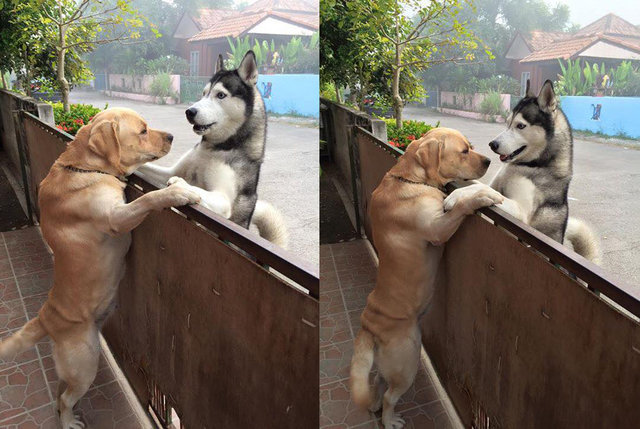 Audi’s human forgot to lock the gate one day, so he took advantage of the opportunity and went out to meet Messy.

This is a picture of them hugging for the first time on the fence. Aren’t dogs the most devoted companions?