Most people enjoy a cup of coffee to start their day, and it appears Henry the Beagle enjoys a few sips as well, when his mother caught him on a hidden camera taking her morning beverage. 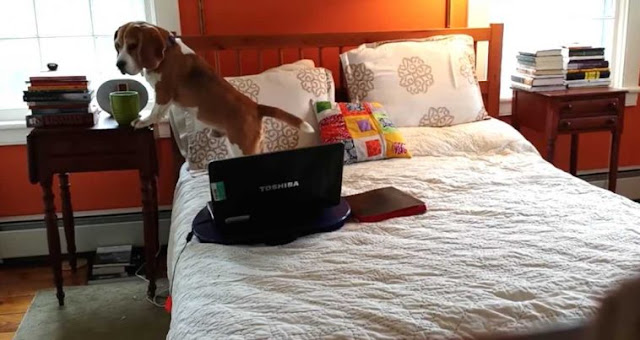 Henry’s mother suspected him of sneaking a sip of her coffee behind her back, but she needed proof, so she set up the concealed camera and walked out of the room. Henry’s cunning ways are revealed for all to see in a matter of seconds!

Dogs are more sensitive to the effects of caffeine than humans, in case you didn’t know. Although coffee isn’t good for dogs, Henry won’t be harmed by a few drinks.

But it’s no surprise that mom thinks Henry has been a nasty dog, and now that she knows he likes it, she’ll be sure to have her cup with her anytime Henry is around!