For The First Time Since She Was a Cute little Puppy, A Dog Meets Her Mother 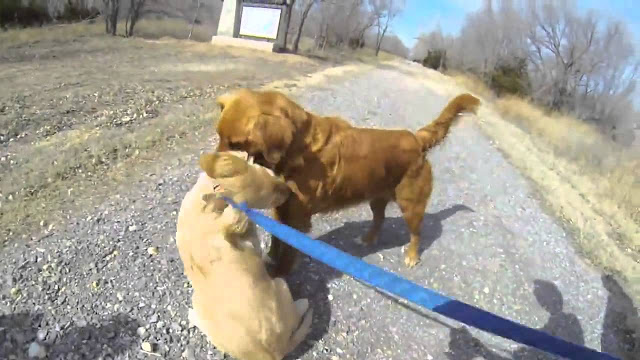 Harper’s human, Jarret, claims they put her on a leash for safety concerns, as he did not want her to become very enthusiastic and run off with her mother into the 200 acres of woods that surround the home.

When Harper sees her mother racing up to her, the leash doesn’t stop her from running up to her.