For his birthday, Seal receives a massive ice and fish cake, and he couldn’t be happier.

This handsome birthday boy received the best present a seal could hope for: an ice and fish birthday cake!

Yulelogs, the adorable seal, just had his 31st birthday, and all of his friends naturally wanted to make it a special occasion.

Male grey seals don’t survive much more than 25 years, but Yulelogs is a vibrant, cheerful, and feisty senior. 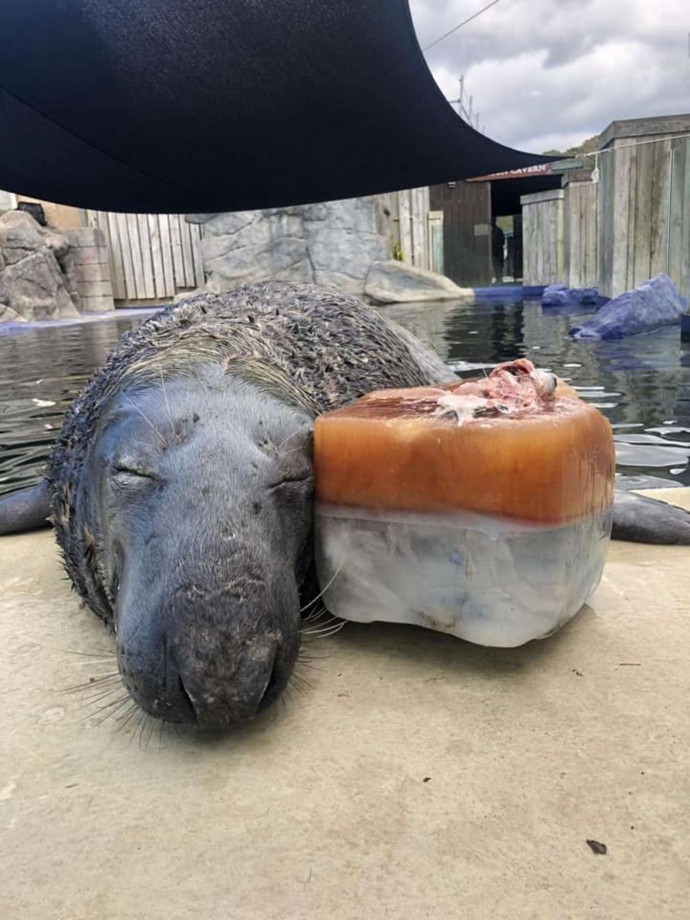 Following a brief time in the wild, Yulelogs has been a resident of the Cornish Seal Sanctuary in Cornwall, England, since 1993.

The seal was merely a pup when he was taken in by a marine park in 1989, and he lived there for several years as part of their Grey seal show. 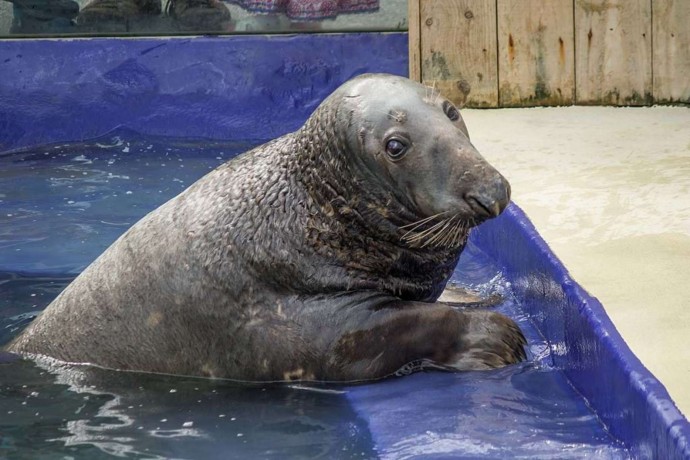 After four years, the park decided to shut down the exhibit and release the Yulelogs into the wild.

Yulelogs, on the other hand, was not ready to take care of himself after spending so much time in prison.

He had grown accustomed to people simply throwing him food, and he began racing after people holding buckets on the beach, assuming the buckets contained excellent fish. 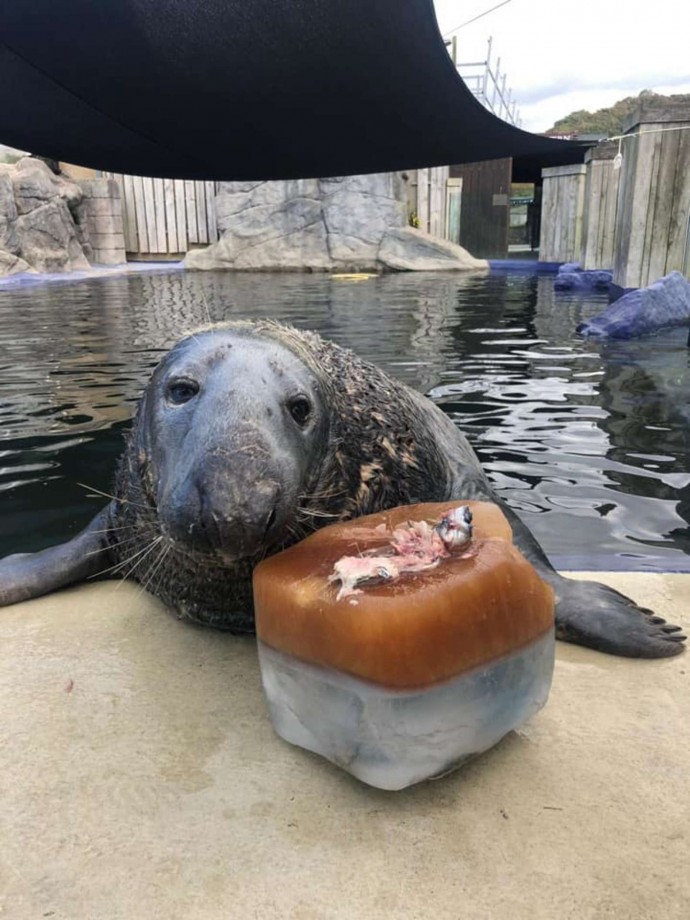 The RSPCA received reports of a hungry seal following confused beachgoers and immediately sought assistance from the Seal Sanctuary.

Yulelogs moved into the Cornish Seal Sanctuary after only three months on his own, and has been peacefully feasting on their fish ever since.

Yulelogs enjoys his comfortable life at the sanctuary, and he was overjoyed when he received his fishy birthday cake; he grinned as wide as he could and positively radiated joy and enthusiasm. 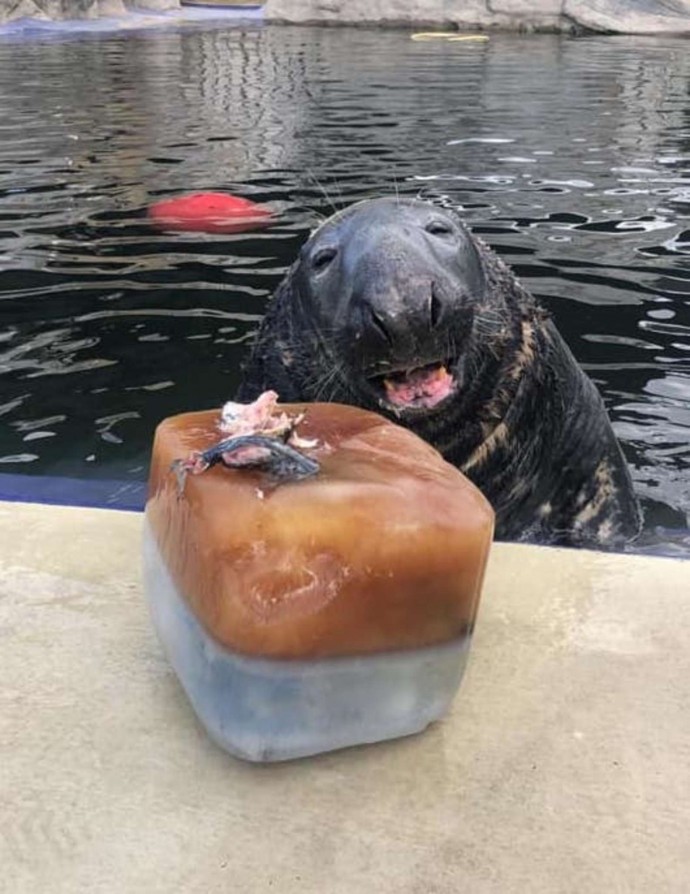 The birthday cake was not only delicious, but it also served as a brainteaser, and Yulelogs had a great time figuring out how to get to the scrumptious fish.

“It’s also a terrific type of enrichment for him because it involves some thought on how to get the fish out of the cake!” a sanctuary employee told The Dodo.

Overall, Yulelogs had the best birthday he could have wished for, and we’re sure he’s already planning next year’s parties.