Do Dogs Remember Their Previous Owners? answer is here.

You’ve probably questioned if your rescue dog recalls their previous owner if you’ve ever had one.

Dog memory isn’t the same as human memory, therefore it’s impossible to say how much and what kinds of things dogs remember over the course of their lifetimes.
Nonetheless, there is evidence that dogs recall past owners, particularly if their experience with that owner was either extremely positive or extremely negative.

Humans have “episodic memory,” which helps us understand prior experiences by placing them in perspective and recalling people from the past.

Dogs, unlike humans, prefer to live in the moment and have a limited understanding of time. The majority of what they recall is information that they require to survive. For example, that individual harmed me; I need to avoid them. That individual cared for me and fed me; I’m safe with them.

Dogs primarily utilize their sense of sight to know their owners, according to research, thus elderly dogs with deteriorating vision or signs of canine dementia would be considerably less likely to recognize and remember a prior owner than a younger dog with perfect vision. 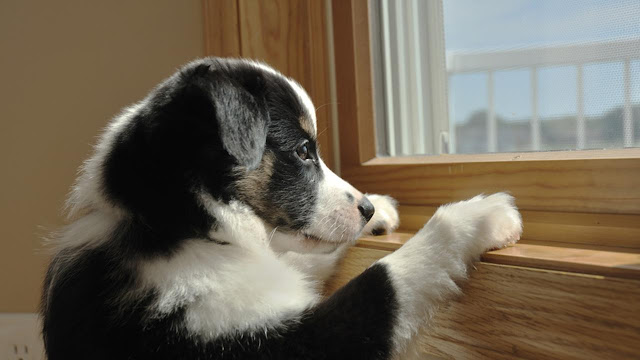 It appears that particular behaviors or characteristics can elicit recollections of their previous owner. You may have heard about rescue dogs who are terrified of men with beards or puppies who are particularly fond of the elderly.

Overall, it appears that while a dog may identify a past owner if they meet them, they are unlikely to engage in casual reminiscence about good or terrible times.

Do you suppose your rescue dog knows who he or she was before you? Let us know what you think in the comments section below!