A veteran of more than 90 years adopts and saves a senior dog who was about to be euthanized.

Sam, a 13-year-old dog, had lived with the same parent his entire life, but his father was called to the Navy and had to surrender him to a shelter, shattering his existence into a million pieces.

No one wanted to give the German Shepherd a second opportunity since he was so elderly. When nothing changed day after day, the shelter decided to put him down to make room for more dogs. 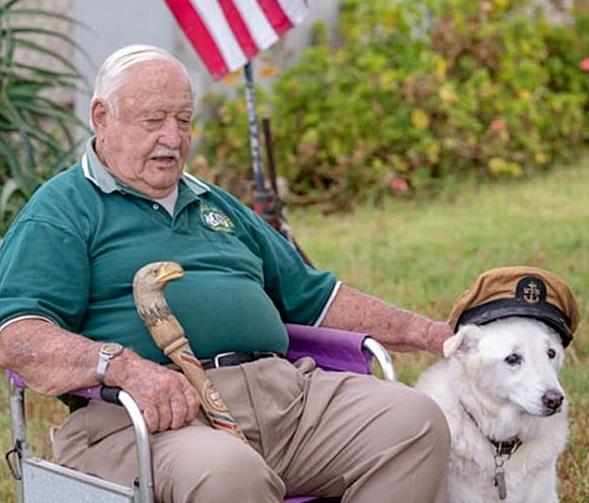 Surprisingly, a 93-year-old Navy veteran named George Johnson was hoping to adopt a white German Shepherd after his own died. That’s when he met Sam and fell head over heels in love with him. Sam, the white German Shepherd, is a sweetheart who is always willing to help.