A Goose Keeps a Puppy Warm After Being Abandoned on the Street is a heartwarming scene.

Love and companionship have no bounds, and it appears that animals have a better understanding of these concepts than humans.

Animals are incredible, and there are many examples of the love and compassion they can provide. Despite the fact that many people are skeptical, some of them are able to develop strong social bonds and networks.

Animals occasionally form friendships with animals from different species, and most of the time, these circumstances are heartbreakingly cute. A series of moving photographs of a sympathetic geese attempting to aid a chilly puppy on the street recently went viral on social media.

The puppy had been abandoned by its mother shortly after birth, and it was shivering when the goose discovered it because the temperature was too cold. The geese, on the other hand, wasted no time in using its wings to shelter itself from the cold and keep warm. 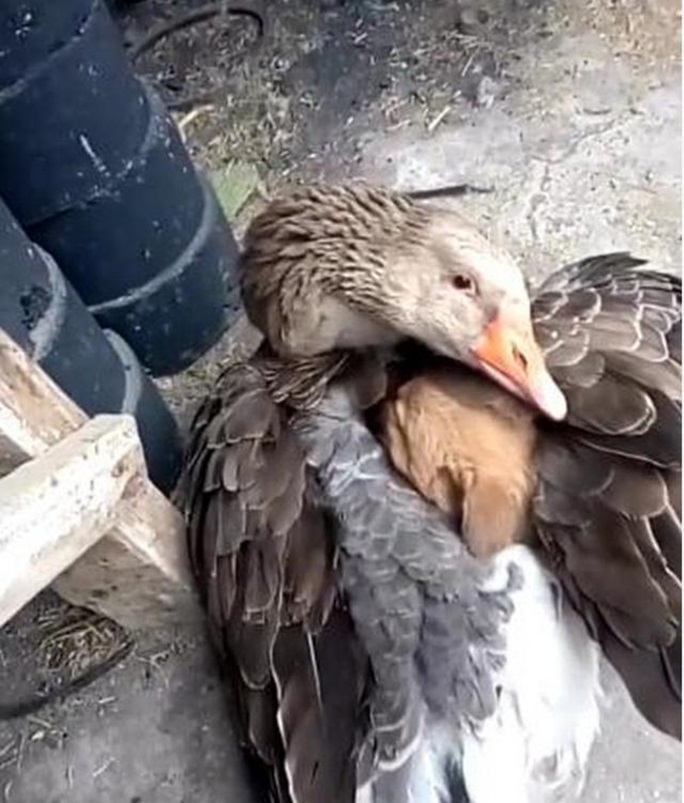 The man who shared these photographs on the Internet initially assumed the geese was going to harm the dog, but when she began to pet it with her beak, he realized what she was up to. After a while, the puppy dozed off in her arms.

Soon after the man posted these images, both the geese and the puppy were adopted together, ensuring that their friendship continues in a family setting.

Such anecdotes can teach us a valuable lesson, as we frequently overlook fundamental life values and underestimate the power of love and empathy.