A Box Of Strawberries Is A Cat’s Favorite Sleep Companion

Carly Cox was astonished to find her tiny furbaby displaying an obsessive interest in her groceries when she returned home from the supermarket one day.

She soon learned that the siren song in Remus’s ear was being sung by a bag of strawberries.

The 10-year-old feline looked completely enthralled by the carton of crimson, delicious berries for some reason. 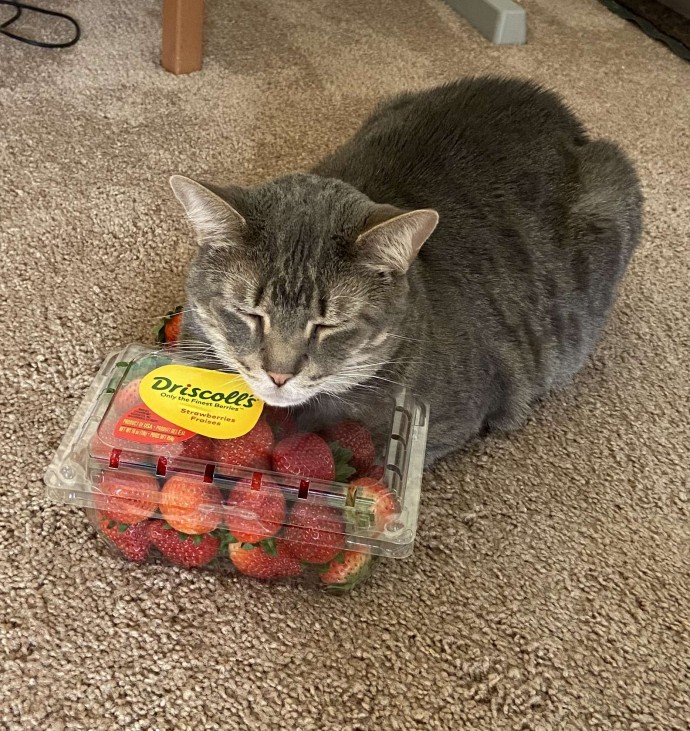 Cox confiscated the package and phoned her sister, who happens to be a veterinarian, because she wasn’t sure if strawberries were healthy for cats.

Because Cox’s sister indicated it was fine for Remu’s to play with the strawberries, Cox returned the box to him. 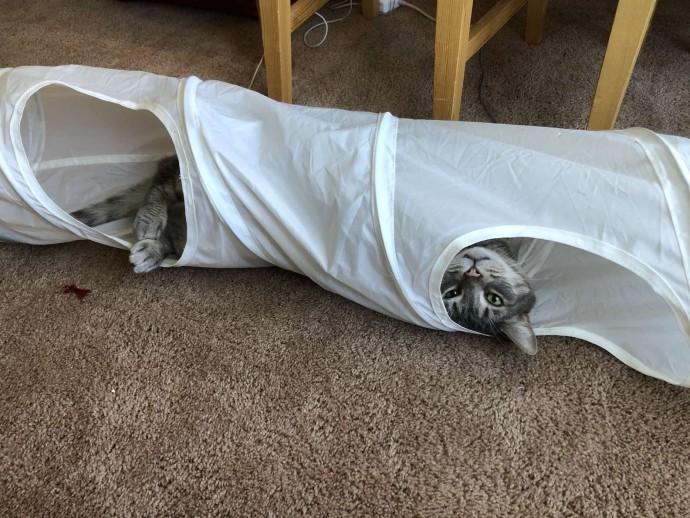 Remus was thrilled when he received the box of strawberries.

But Remus wasn’t drawn to the berries by a sudden yearning for anything sweet and fruity; he didn’t appear interested in eating them. Instead, he just wanted to brush up against them and throw them around like toys. 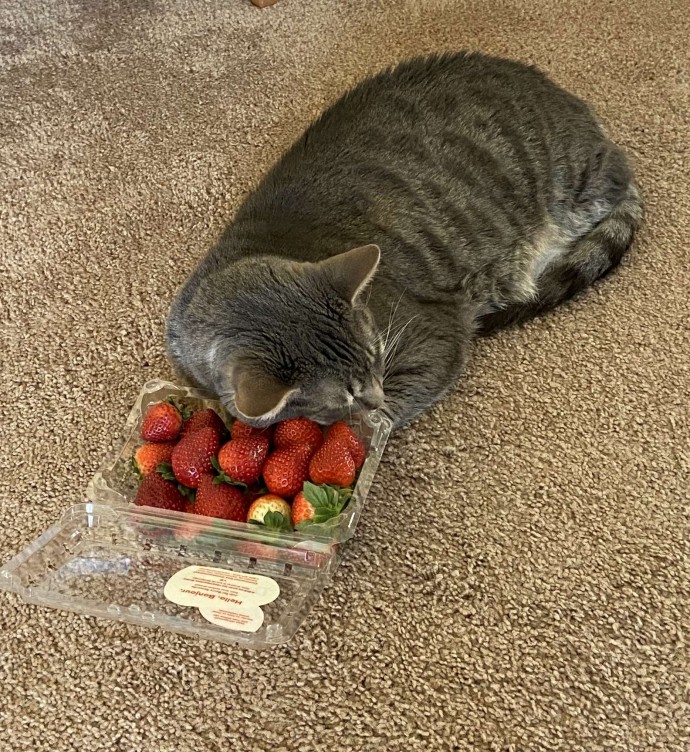 Strawberries have now become his fixation, and he prefers them above all other toys.

He rubs up against them and plays with them all day, then snuggles up next to them and sleeps with them when he gets weary. 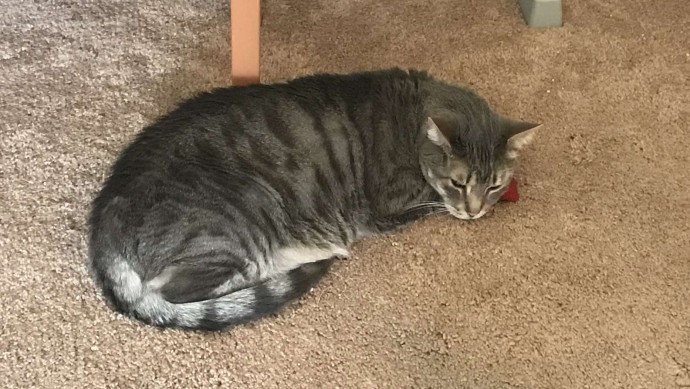 Although having a bunch of strawberries as a security blanket may appear peculiar, there could be a scientific explanation for Remus’ unusual bed buddy; some people believe strawberries and catnip are distant relatives!